Signing of a Trilateral Memorandum of Cooperation Between Russian-Turkish Business Council, International Center of Business Assistance and City Hall of Turkish Town of Bodrum 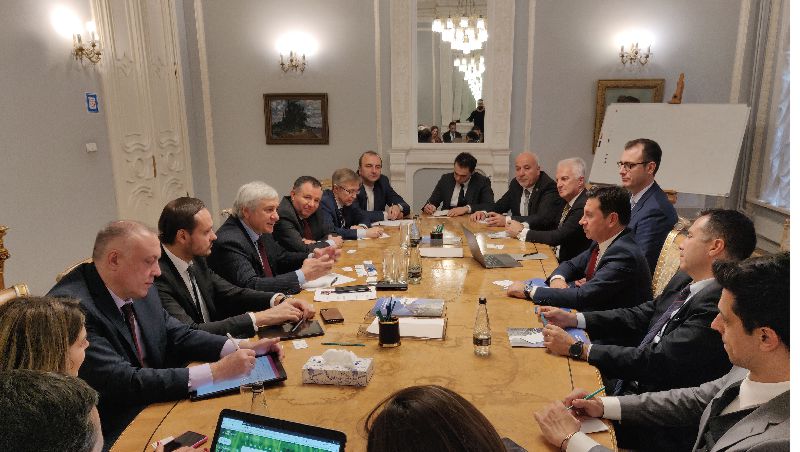 The Chairman of the Russian-Turkish Business Council Ahmet Palankoev, together with the President of the International Center of Business Assistance Adam Lyanov, received a Turkish delegation headed by Kadir Eruce, adviser of the mayor of Izmir, and Ahmet Aras, mayor of the city of Bodrum, during a visit to Russia aimed at opening official representative offices of Turkish cities in Moscow to develop the tourism potential of Izmir and Bodrum on December 17, 2019.

The Turkish side highly noted the sequence of implementation of this digital platform, which was first presented at the Russia-Turkey Intergovernmental Commission held in Antalya in August 2019.

The parties expressed confidence that the business universe of the ICBA will contribute not only to business development, but also actively help develop cultural and educational programs and public initiatives.

As a result of the meeting, a trilateral Memorandum, which assumes the direct implementation of the above, was signed between the Chairman of the Russian-Turkish Business Council Ahmet Palankoev, Mayor of the city of Bodrum Ahmet Aras and the President of the International Center of Business Assistance Adam Lyanov.